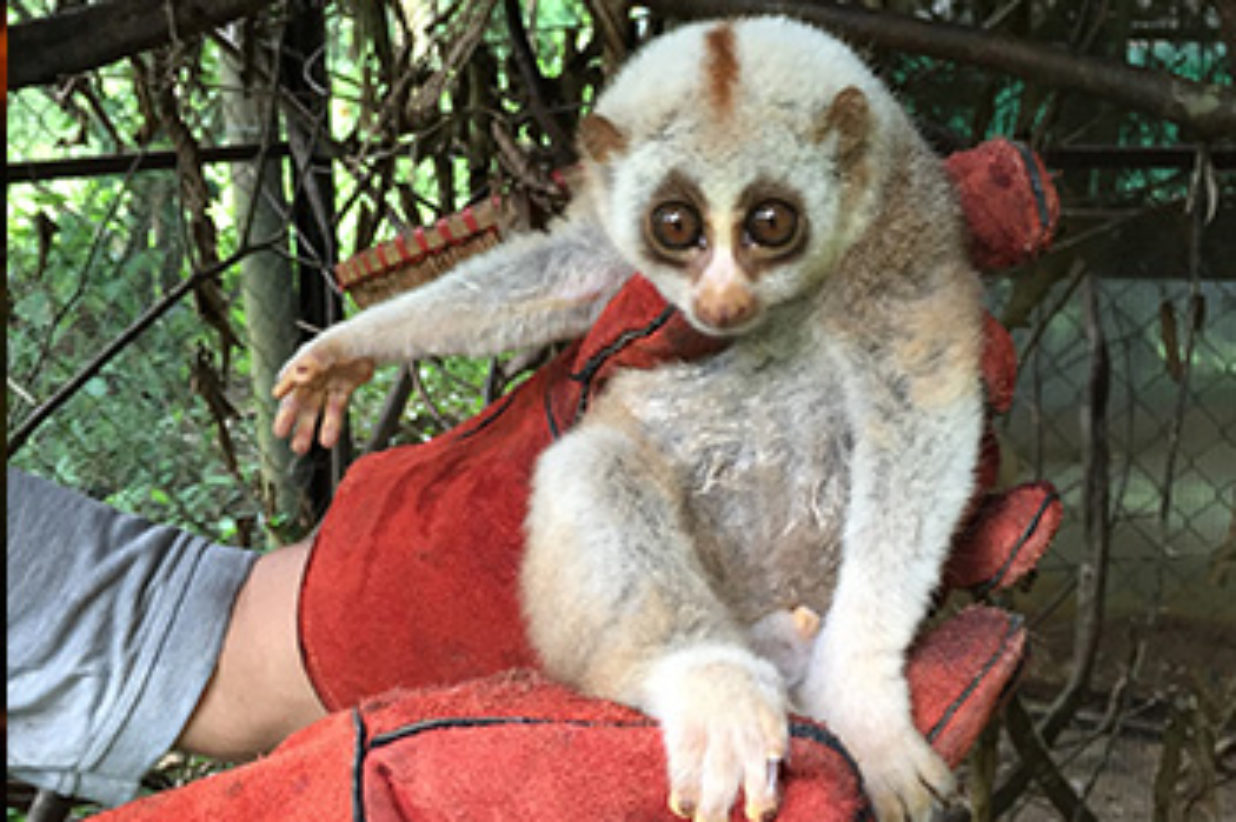 Two “bengalensis (Nycticebus bengalenisis)” loris arrived on Dao Tien. How long had they been in captivity? We do not know. They had both worn wire collars fastened to the cage door so they could not move.

Sadly one was very sick – dehydration and shock – and did not recover. But the other female, Di Di, responded well to care, though still not eating well. Concerned, our head keeper, Mr Ngoan,stayed during the nights to monitor her,  One night he gathered small lizards that were running around – and offered “Di Di” one. She ate the lizard immediately, and she has never looked back.
Di Di had been confiscated by the Vietnamese Forestry on the border of Cambodia and Vietnam, her origin as not yet known.  Three months on from her rescue this adolescent has gained good weight – now just over 500g – and her beautiful silvery white bengalensis markings are coming through.