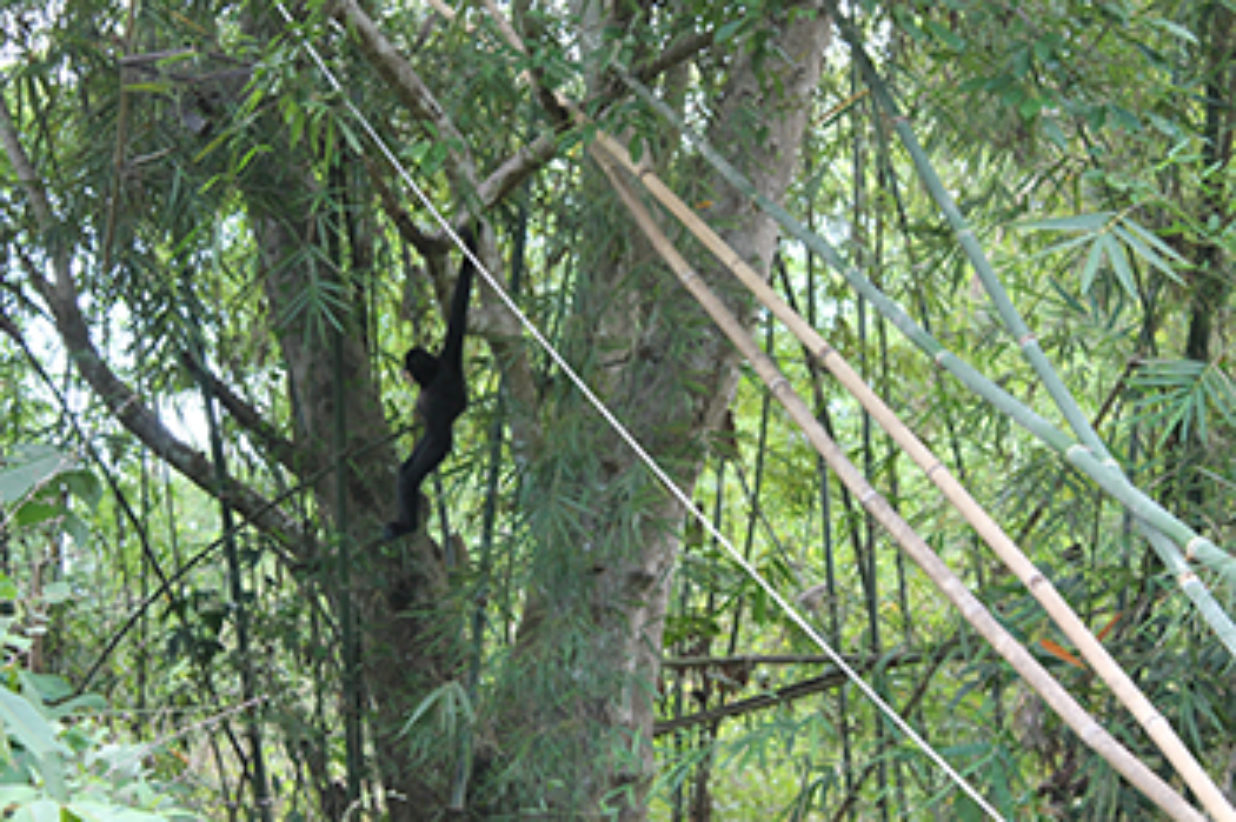 Teo developed severe rickets with a twist of his rib cage. The damage was irreversible but with extra supplements and pain relief he has gained fitness and found his own way to manage. When he first arrived he would sit on a red blanket like a dog.  Teo had to learn how to swing – initially like a spider – and then as he gained fitness and agility he began to brachiate.  He now travels with a happy combination.

Teo had spent all his caged life with Uh, a young female gibbon, and they arrived at Dao Tien together.  Uh is feisty and although Teo liked her he was always careful around her. She, however, was fit and on track for release and we didn’t want to hold her back – so the decision was made to split them to give Uh a chance.

Teo was then placed with another kind female, Hoa, but he, slowly, became very frightened. so we tried the dating game once more. This time we placed him alongside a third female, Ellie. Ellie is one of our most attractive females and amazing in the trees but at five years she developed a curved spine.  Veterinarians Dr. John Lewis and Dr. Uli Streicher have monitored her condition and there is little we can do for her so, sadly, she is off the release program. We hoped she and Teo would pair for life and be cared for with extra attention as their conditions progress.

Well, all our staff now have large smiles when you mention Ellie and Teo.  They are the most beautiful pair. Ellie is protective of her new man and shows her affection by gentle grooming for hours every day, which Teo reciprocates. We have never seen Teo do this before.

A few months ago we transferred the pair to our small semi-free with tourist viewing. Ellie loves the trees and an active life bobbing around in the branches will help keep her body fit and mobile.

Visitors to Dao Tien can watch them gently swing in the trees and listen to the pair sing. Teo can tell his tale of how magnificent gibbons are, and what goes wrong if you take them from the tree canopy where they belong and keep them in a two-metre square cage with a tin roof, which keeps out the sun!