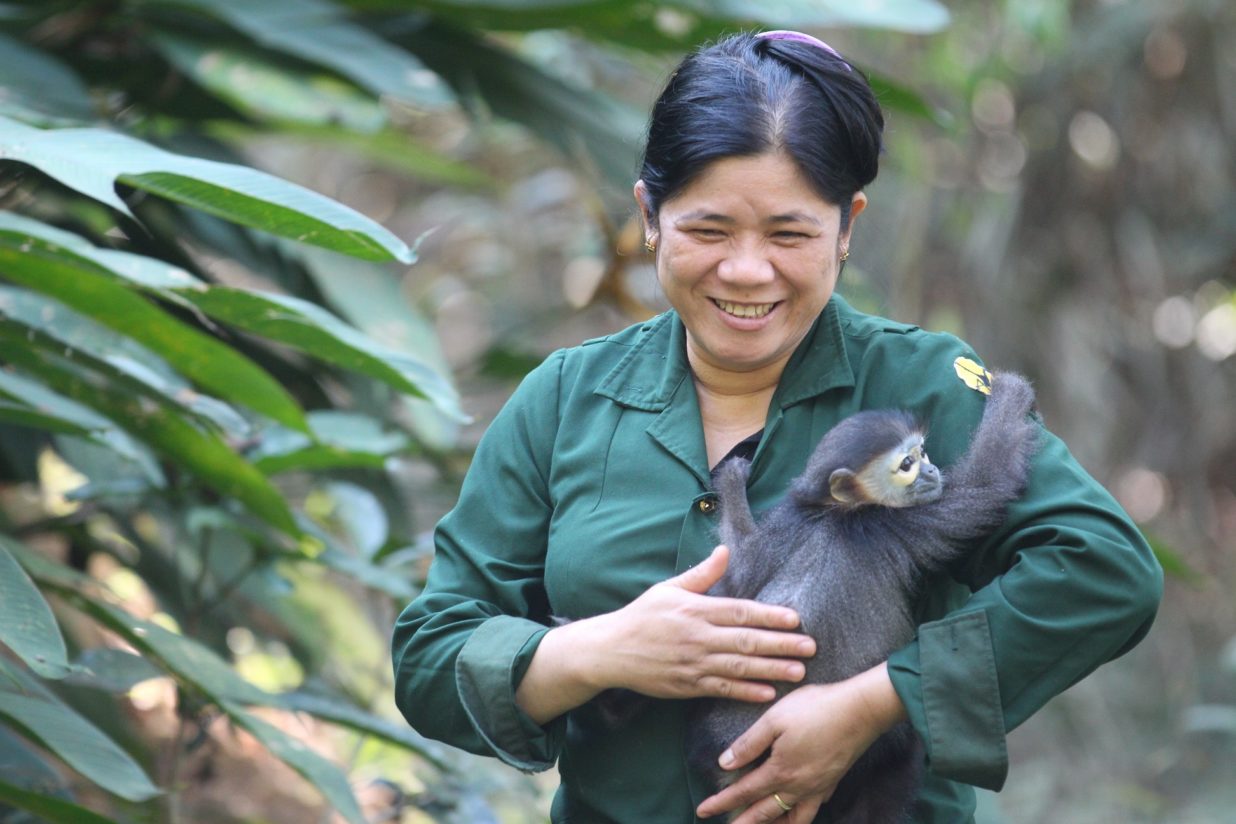 Anthony and Me, infant male and female black-shanked douc rescued at the start of 2019, had become best friends.  Sadly, in August Me came back from her session playing in the trees a little quiet and extra thirsty.  For the next few days she deteriorated, her stomach started to bloat, and tragically she passed away after not responding to treatment.  Our staff were devastated for the loss of Me, but especially as Anthony had lost his best friend, and was left alone again.   Our staff worked hard to give him the extra attention he needed to push through.  He now is thriving and as we slowly wean, we are preparing to move his morning walk through the forest into the area of Thanh where our reintroduced group of black-shanked douc live on the island.  This group, reintroduced in 2010, have several youngsters who we hope will in the future be play mates for Anthony.   He is so happy now at 30 metres high in the canopy, as his human carer worryingly looks up from far below!